The state government and City of Ranson want a 1,000 to 1,500 acre industrial park in Kearneysville and Shenandoah Junction.

Rockwool is in just the first phase of their planned industrial complex in Jefferson County, but Rockwool in turn is only the beginning of the government’s plans to industrialize the heart of the Jefferson County near schools and farms.

The planning documents for the proposed new sewer line lay out the state of West Virginia’s ambitions for an industrial zone with about 7 times larger acreage than Rockwool alone. On October 26, 2017 Hatch Chester introduced their sewer project engineering work:

“The West Virginia Infrastructure and Jobs Development Council (IJDC) is seeking to bring a 1,000-acre industrial park to the Eastern Panhandle region. In support of this goal, the City of Ranson and the Jefferson County Development Authority (JCDA) have successfully negotiated an agreement to bring ROXUL, Inc., a manufacturer of cement-based insulation materials to a 150-acre site on the west side of the 390-acre Jefferson Orchard (JO) property, annexed into the City in 2004. ”  -- Hatch Chester Engineering 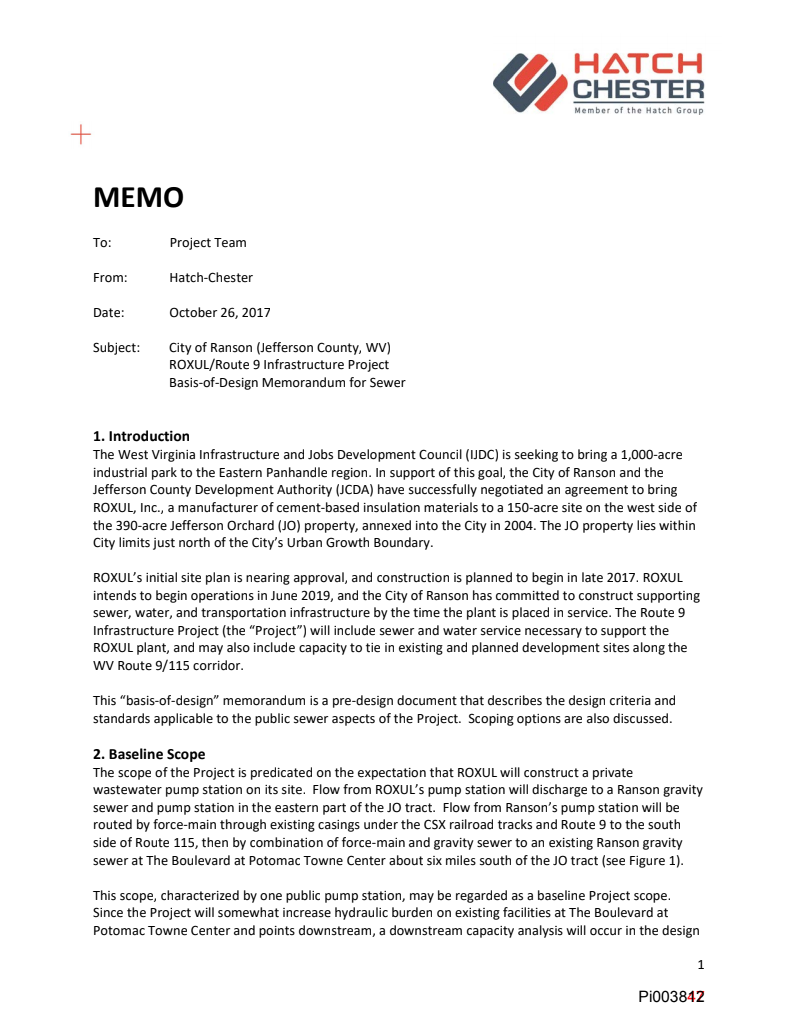 There’s local support for the plan, of course, in the City of Ranson government. On May 1, 2018 On May 14, 2018, Ranson City Manager Andy Blake wrote in an email to a site planner about the properties surrounding Rockwool:

"The owner of Jefferson Orchards has 265 acres remaining; just bought 300 additional acres to the north he wants to annex and there is an additional 400 acres of land across Route 9 (former Tackley Mill). The State, Rockwool and its site selector (Deloitte) have all stated that this is perfect flat area for future industrial uses."

On May 14, 2018, Blake wrote Mayor Duke Pierson about the City’s plans to industrialize all of Jefferson Orchards, Tackley Mill, and Blackford Village:

“I have spoken to City Council and the Planning Commission about this area. They are open to ideas, but consistent with our land use regulations, it requires a plan. The Council would like to see a wholistic approach that takes into consideration your land along with surrounding properties. It’s almost 1,500 acres of land. Some properties could be ripe for larger scale manufacturing. Other areas not so much- which can serve as support uses for the larger scale manufacturing. The Council (along with myself) isn’t necessarily keen on calling the area an industrial park especially given the City’s two decade history of cleaning up turn of the century dirty industrial sites and the fact that development patterns that focus solely on industrial parks have changed in the last 20 years.”

In fact, the only boundaries to Ranson’s industrial ambitions are hitting the federal limits on air pollution in Jefferson County:

“We are learning more and more about federal air permits. We understand that there is a limited amount of exhaust that can come out of a stack. We do not know if Rockwool has absorbed all of this, or if another manufacturer could be issued a permit at this location.”   -- Edward W. Erfurt IV, Assistant City Manager, City of Ranson, email on May 4, 2018 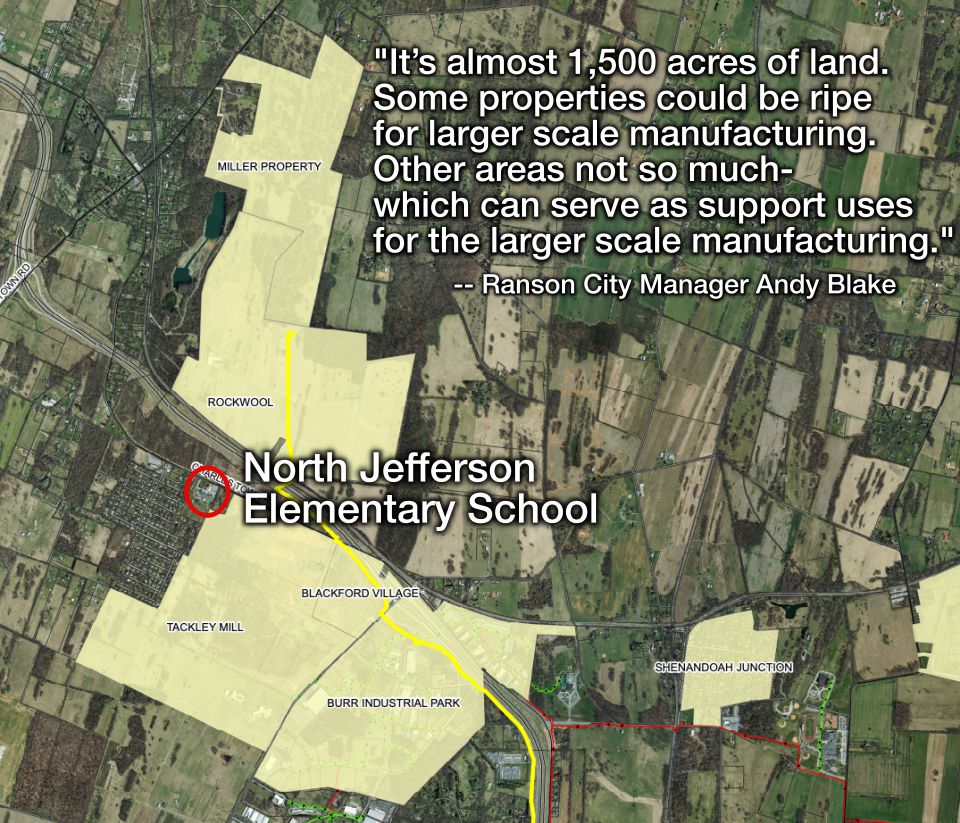 Ranson’s deceptions about their industrial goals extends even to the way they rezoned Jefferson Orchards for Rockwool.  Instead of rezoning the whole property to heavy industry, Rockwool placed covenants on the rest of the property to effectively do the same thing:

“Those restrictions bar future homes, schools and health care facilities from emerging next to or near the company's 460,000-square-foot plant.” -- Tim Cook, Spirit of Jefferson, August 1, 2018

John Reisenweber, then at the JCDA, echoed the large scale industrial purpose of the new sewer and water infrastructure planned around Rockwool in comments to the JCC on Aug. 3rd 2017:

Even Rockwool's own public affairs team agrees. Shawn Toblert stated at the Circular NYC event on March 8, 2019, "So, what I’m saying is, uh, certainly Rockwool is guilty of being the first one in that industrial site."