Well over 100 people attended a roundtable with Del. Riley Moore last night in Shepherdstown.  The event was a Question and Answer session with a key state official -- Moore represents the 67th District, which includes Shepherdstown and Harpers Ferry.

Del. Moore put out a statement on August 3rd that reflected many of our concerns about Rockwool, but he hasn't publicly commented since then.  Last night he echoed some of those earlier concerns about transparency, pollution, and real estate values.  The large turnout on 24 hours notice on a holiday weekend is just one more demonstration of the intensity of opposition to the government locating heavy industry near our schools.

The state of West Virginia continues to push for Rockwool in Jefferson County even though it is obviously terrible economic and environmental policy.  The project has almost no local support.  We will soon urge Del. Moore to do more than ask questions-- we need leadership in Charleston and want him to take a clear position: Stop Rockwool.

UPDATE: Del. Moore's new post on the event.  We'd like to echo the thank you to Town Run Brewery as well! 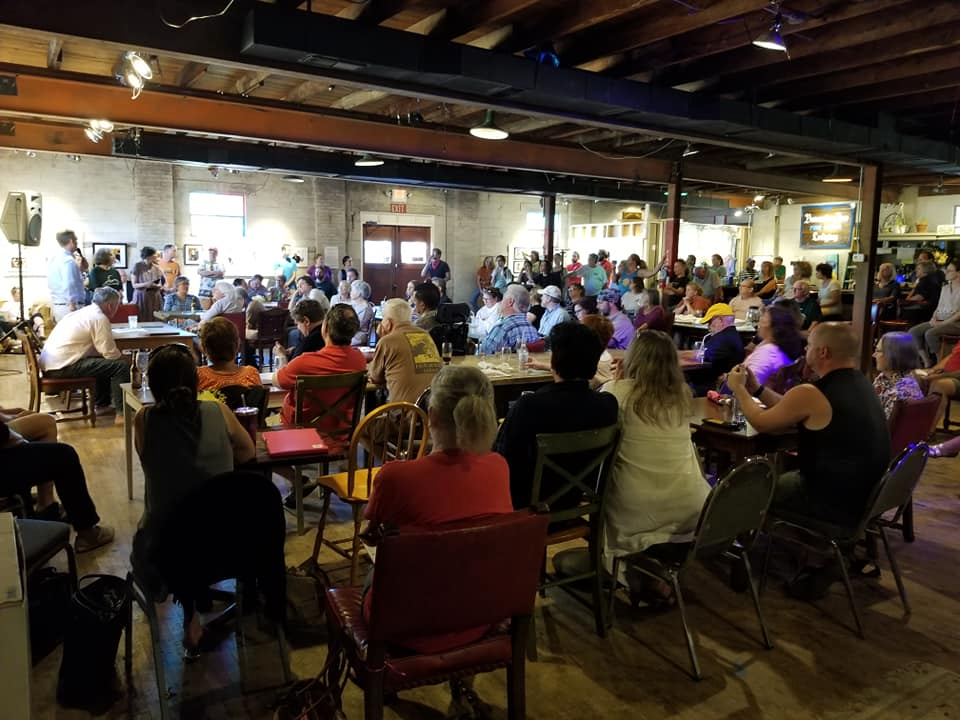